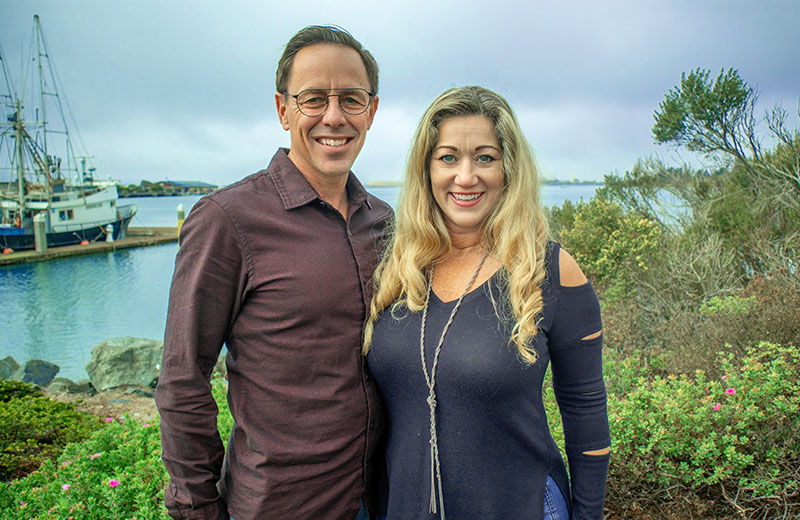 Matt and Heidi Messner have been married for over 25 years and have two adult children, Alicia, and Levi.

They have a great passion to see the Church impacting the community and the world. They are visionary leaders with a deep sense of calling and mission. They have a history of empowering and mobilizing other leaders and have proven themselves as inspirational communicators, and strong Bible teachers.

Matt has a B.A. from Life Pacific College, a M.A. from Fuller Theological Seminary and a D.Min. from Gordon-Conwell Theological Seminary.  Heidi is an experienced Counselor with a B.A. from Life Pacific College and her M.A. in Counseling from Northwest University and worked for 5 years at the Center for Health & Counseling Resources in Edmonds, WA.

Matt is the President of North Coast Bible Institute (NCBI) and has served on the adjunct faculties of several Bible Colleges and Seminaries. Heidi is on the faculty of NCBI and was a professor at Northwest University as well as adjunct at other universities and training institutions.

Matt is known for his abilities as a distance runner, having won the Portland Marathon in 1999, and having competed in both the 1996 and 2000 Olympic Trials. He currently serves on the Central Pacific District (CPD) Council and is on the Church Health Team for the CPD.

Heidi grew up in a missionary family and was a part of smuggling Bibles into Eastern Europe before the fall of the Iron Curtain, spreading the Gospel in Europe, Asia and South America. She has worked in nearly every aspect of ministry and has served on boards and roles within several Foursquare Districts and the Foursquare National Church Office. She currently serves as the Area Superintendent for the Redwood Area of Foursquare Churches, is on the Leadership Development Team for the CPD, and runs the CPD Women in Ministry Leadership.

Matt and Heidi enjoy spending time with family, friends and exploring the beauty of Humboldt County.